Notes for the workshop of infra-dance with trees, dunes and sea (sketches for practice of a flat ontology in everyday life)

This text was originally developed as the script for the Workshop of infra-dance with trees, dunes and sea, as part of Inter-Format Symposium on Flux of Sand and Aquatic Ecosystems, at Nida Art Colony. An expanded version, the one you can read here, has been recently published in Nida Art Colony Log 6, the issue dedicated to techno-ecologies. 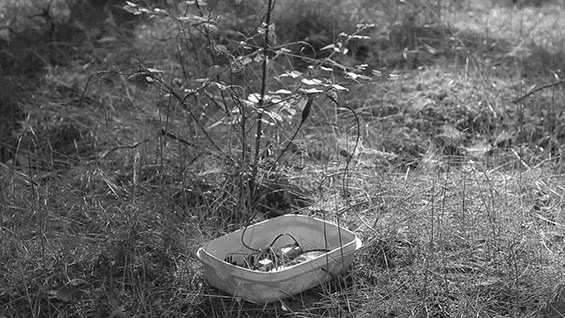 “A human being is not a thing in the environment, but a juncture in a relational system without determined boundaries in time and space.” (Naess, 1989)
Our bodies are assemblies of organic and nonorganic agents. We are “walking (and talking) minerals”. (Margulis and Sagan, 1995) Where lies then the boundary between human and nonhuman?

[1.2]
Power to act is not human only, it is distributed among all the entities, biotic and abiotic, animal, vegetal, nonorganic.
“But, can nonorganic bodies also have a life? . . . Is there such a thing as a mineral or metallic life, or the life of the it in ‘it rains’?” (Bennett, 2010) 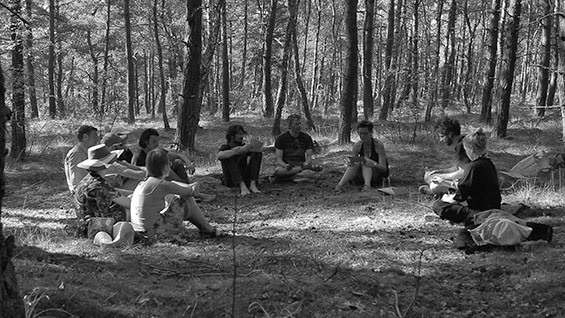 [2.1]
Ecology is a process (physis), a becoming made of events, actions in which there are no objects and no subjects.
“I never act alone; I am always slightly surprised by what I do.” (Latour, 1999)

[2.2]
Humans perceive the reality as “equipment”, or as composed of objects that lie at our hand ready to become tools. But, “insofar as the tool is a tool, it is quite invisible, relegated to the background.” (Harman, 2011)
Instead, in ecology everyone/everything is acting with and without humans, “there is no definite background and therefore no definite foreground” for human action. (Morton, 2010)

[2.3.]
Ecology is a networking of mutually irreducible entities. (How) do they “talk” one with another?
“Nothing is, by itself, the same as or different from anything else. That is, there are no equivalents, only translations.” (Latour, 1988) Translation is a process of becoming more than one, of associating with others.
At the same time, since there are no equivalents, “two forces cannot associate without misunderstanding.” (ibid.)

[2.4.]
Digital (communication) networks are based on connection (exchange among equalised differences). Ecologies are networks based on conjunction (vital becoming together of differing equals).
Connection is about a functional interoperability of organisms previously reduced to compatible linguistic units, whereas conjunction is about “becoming-other, living, unexpected concatenation of bodies.” (Berardi, 2012)

[2.5.]
We live in “collectives of humans and nonhumans”. (Latour, 1999)
In ecology, everyone/everything is on the same but differential ontological standing. “All beings equally exist, but they do not exist equally”. (Bogost, 2010) Ecology is a flat ontology, a network of “unique, singular individuals, differing in spatio-temporal scale but not in ontological status”. (De Landa, 2002) 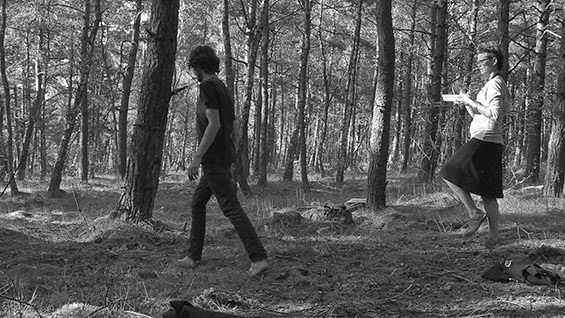 Ecology is not pre-given, it is not already there. “It is an accomplishment, a form of work, of great effort, in a place, with materials that may resist.” (Law, 1997)
Ecology is made through a labour of assembling, of working the net, net–work (ecological labour).

[3.2.]
The subject and the object of ecological labour is the multitude, the socius composed of nonhumans and humans.
“The multitude is a multiplicity, a plane of singularities, an open set of relations, which is not homogeneous or identical with itself and bears an indistinct, inclusive relation to those outside of it” (Hardt and Negri, 2000).
Ecology inhabited by the multitude is radically open to strange strangers (Morton, 2010), it is kept open with absolute hospitality and forgiveness, expecting or wanting nothing in return. 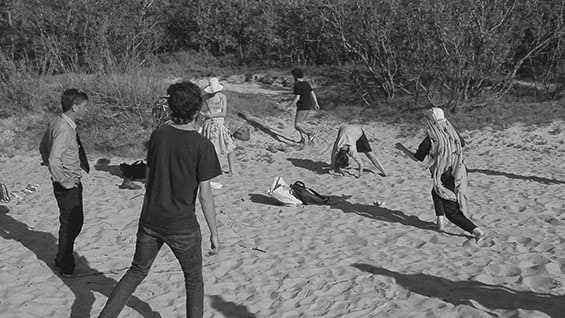 [4.1.]
“The only way to do justice to objects is to consider that their reality is free of all relation, deeper than all reciprocity.” (Harman, 2011)
In ecology, everyone/everything is autonomous and coexisting. Since no entity can be translated into anything else, it cannot be swapped or exchanged, as value or as information. Ecological labour is an affective and material tending towards others.

[4.2.]
A post-connective, conjunctive collectivity, is not based in communication, but, first of all, sensibility.
“Sensibility is the ability of the human being to communicate what cannot be said with words. . . .  the ability to harmonise with the rhizome.” (Berardi, 2012). 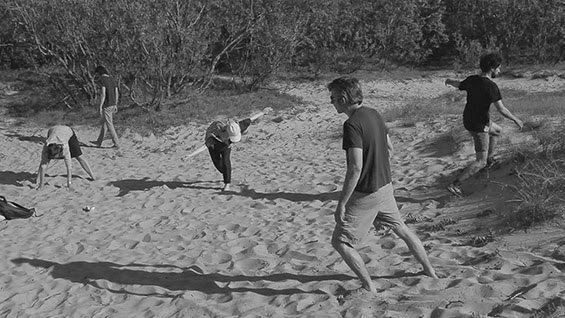 A bumblebee and a rose are heterogeneous “beings that have absolutely nothing to do with each other”. This does not prevent them from working together, from “evolving aparallely”. (Chauvin, 1969) They make a world in common, a common world.

How to work in conjunction with absolutely diverse others?
How to evolve aparallely with beings that have almost nothing to do with us?
How to forge and foster “nonhuman friendships”? (Bingham, 2006) 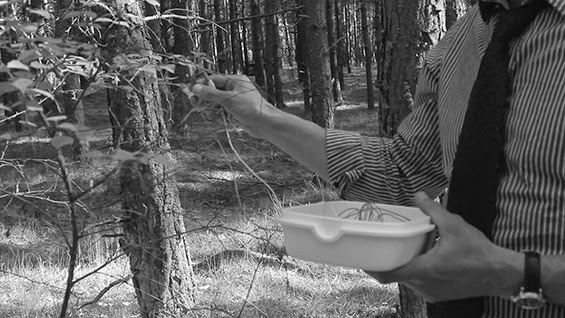